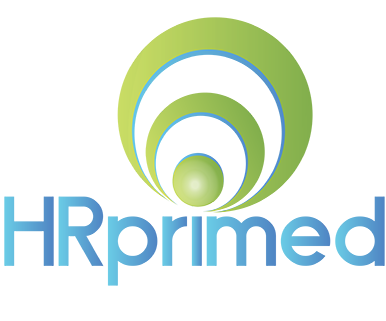 Social media is powerful tool indeed. Some would say the use – or abuse – of social media in recent times has meaningfully influenced some of the important debates and processes in North America. In Canada, the federal government has introduced Bill C-10, a legislation some feel will have the effect of limiting what people may post on social media and possibly imposing on Canadian’s protection of free speech.

All the above is up for debate and serve as useful backdrop for a discussion around the use of social media and the workplace. There exists a long, well-noted tension between an employee’s right to do what they want, say what they want in their free time from work versus an employer’s right to restrict what an employee may say via social media, even to the point of termination. Some frame this struggle in the guise of the right to free speech, while others – correctly so – do not dispute the right to free speech, just the notion that you are somehow exempt from consequences for exercising your right.

This article will look at the enforceability of workplace policies which attempt to govern employee social media use, as well as address one key question that is reflective of the highly contentious times which we live.

First, to get this out of the way, employers need to understand that a policy outlining the acceptable use of social media as if effects the workplace is a must. It is not inherent that inappropriate social media posts, posted during an employee’s own time, provides the employer the right to correct or discipline an employee. Organizations need a specific document making the employee aware, providing guidelines and consequences of their actions, even if it on their own time.

Courts and arbitrators have been careful to maintain a line between an employee’s personal life and those actions for which an employer can insert some means of control or regulation. However, there is relatively clear criteria that would allow an employer to take punitive action against an employee as it relates to social media posts. In general, an employer may have the right to punish an employee where their social media activity negatively affects the legitimate interests of the employer. The following parameters apply:

1. the conduct in question detrimentally affects the employer’s reputation;

2. the conduct adversely affects the employee’s ability to discharge his or her duties and responsibilities; or

3. the conduct affects the employment rights of other employees. https://bit.ly/3eydz7y

York University Staff Association v. York University is an example of the application of these factors. In this case, an employee was terminated for social media posts that were deemed to be in violation of the employer’s policies on hate propaganda and racism. The employer argued that some Facebook posts offered anti-Semitic views and promoted racist stereotypes. Further, the posts were made ‘public,’ and because the employee specifically associated his Facebook profile with his employment, termination with cause was warranted.

The arbitrator found that the posts in question clearly crossed the line of political expression and may be offensive to some, to anti-Semitic and racist expression. The employee also made numerous connections between his Facebook account and his employment, causing reputational harm on the employer. Further, the employee being provided with the opportunity to explain their posts offered no attrition nor acknowledgement of the inappropriate nature of his posts. https://bit.ly/3evpTVL The arbitrator held that the employer had reasonable grounds to terminate his employment.

Can an Employer Fire an Employee for Extreme Political Views?

At this time, this may be more of a debate than a question with a definitive answer. In addition to consideration for an employee’s charter right of freedom of expression, employers must consider an employee’s right to be free from discrimination based on political belief. It would be up to the employer to show, that in despite of these protections provided to the employee, the conduct of the employee negatively affected the legitimate interests of the employer.

A few factors that a court would consider would be the position of the employee within a company or within society. A police officer, for example, may be held to higher standard as they are in position of trust and their off-duty conduct must reflect accordingly. A spokesperson or a senior employee deemed to be the “face of the company” would also be held to higher standard as their conduct would be directly reflected upon the employer. https://bit.ly/3vQXfo2

It stands to reason, in either of these examples, that the association between the employee and the employer could easily be linked by any social media follower. Whether it be the name of the company on their Facebook profile, work updates or work-related posts hosted on their personal page or, in the case of the police officer, their uniform, any of these factors would make their association to their employer hard to mistake. Thus, their social media posts may reflect upon the employer and their reputation.

Consider the case of the neonatal intensive care nurse from London, Ont., who was fired on Jan. 19 after speaking at an anti-lockdown rally in Washington, D.C. The employer made the decision to suspend the employee, without pay, as her actions were “not aligned” with the values of the organization. The employee was later terminated after an internal investigation. https://bit.ly/33ujhRq

Although this example of termination due to off-duty conduct is not a direct example of social media use, it could easily be applied. The negative social media storm that rained down on both the nurse and the hospital certainly would have been a consideration in the choice to ultimately sever ties with this employee.

Employers need professional and on-going HR services to ensure they effectively and safely manage discipline, terminations and the development of social media policies. HRprimed can help! Whether you require on-site expertise, interactive e-learning training or expert on-call HR advice at your fingertips, HRprimed provides expert HR support at an affordable cost that will surprise you.

Should you have questions or require assistance, please contact Darcy Michaud at 888-609-2071 x 250 or email darcy@hrprimed.ca

Select a course first to display its contents.

No available contents for

There are no free, paid or coming soon courses in your school yet.
Why don't you create one?

Oops, your school's owner is working hard preparing the courses for you.

Oops, you haven't created any courses yet.

Wouldn't it be a good idea to create a course?

No blog posts found in your blog. Why don't you create one?